This Land is No Stranger

A Nordic Thriller by Sarah Hollister and Gil Reavill

With a career that is spiraling out of control and a nasty drug habit that has taken her to rock bottom, NYC detective Veronika Brand is looking for a way out. When a call from Sweden interrupts her personal chaos, the foreign tongue of her distant Swedish relatives pulls her across the Atlantic with the lure of adventure and escape. But what she finds is far from the idyllic picture her grandmother painted. Instead of long languid summers basking in the midnight sun, she unearths secrets long since buried in the frozen ground.

In Krister Hammar, a local Sami land rights lawyer, she thinks she has found a kindred spirit. But when they stumble upon a brutal murder scene in a manor house owned by the rivals of her family, she starts questioning his truth. She finds herself being moved like a chess piece between the desolate region of Härjedalen in the north and the steely-cold streets of Stockholm, scrambling to find the links between her family history, a trail of missing Roma girls, and a series of vicious murders.

In unfamiliar territory on the wrong side of the law, Veronika has her sights set only on the beast that preys on the wicked. Will she be able to see past the lure of the northern lights to the dark secrets that threaten to destroy her?

Listen to an excerpt from This Land is no Stranger

During the months and April we will be running a number of giveaways on social media, where you will have the chance to win Swedish-themed produce and LYS books. Follow us on Twitter, Facebook or Instagram to enter. You can read the terms and conditions here.

“Smarter than your average thriller.”
@Bibiana on Goodreads

“A page turner that held me enthralled right through to the surprising end.”
@Avid Reader on Amazon

“This book was a ride that I didn’t want to get off, but I also wanted to see how it ended.”
@Janelle on Instagram

“Satisfying and surprising”
@Linda on Goodreads

“Unnerving yet you can’t stop.”
@Brenda on Goodreads

“Smarter than your average thriller.”
@Bibiana on Goodreads

Mixing the familiar pace of American detective fiction with the psychological drama of Nordic Noir, This Land is No Stranger is a thrilling, deeply disturbing novel that shakes our fundamental understanding of a country known internationally for its tolerance and humanitarianism.

If you think you know Sweden, This Land is No Stranger will unnerve you.

This Land is no Stranger is an intriguing family saga intertwined with the fascinating world of the mysterious Roma people. Set in Sweden’s dark winter, this compelling, edge-of-your-seat novel is rife with murder, mayhem, and bodes the question, who will survive.

Sarah Hollister is an American writer and playwright living the Scandinavian reality, on one of the 24,000 islands in the Swedish archipelago near Stockholm. Her plays have been produced in New York, Off Off Broadway and Off Broadway. Hollister is a member of the Dramatikerförbund (Sweden’s drama guild), who recently awarded her a residency at the Henning Mankell House in northern Sweden. She is a founding member of the Stockholm Writers Festival.

A New York-based screenwriter and journalist, Gil Reavill often writes about crime, both in fiction, with the “13” series of thrillers (13 Hollywood Apes, 13 Stolen Girls, 13 Under the Wire) and non-fiction, with Mafia Summit and Aftermath, Inc. Reavill also co-wrote the screenplay for the corrupt-cop feature film, Dirty. 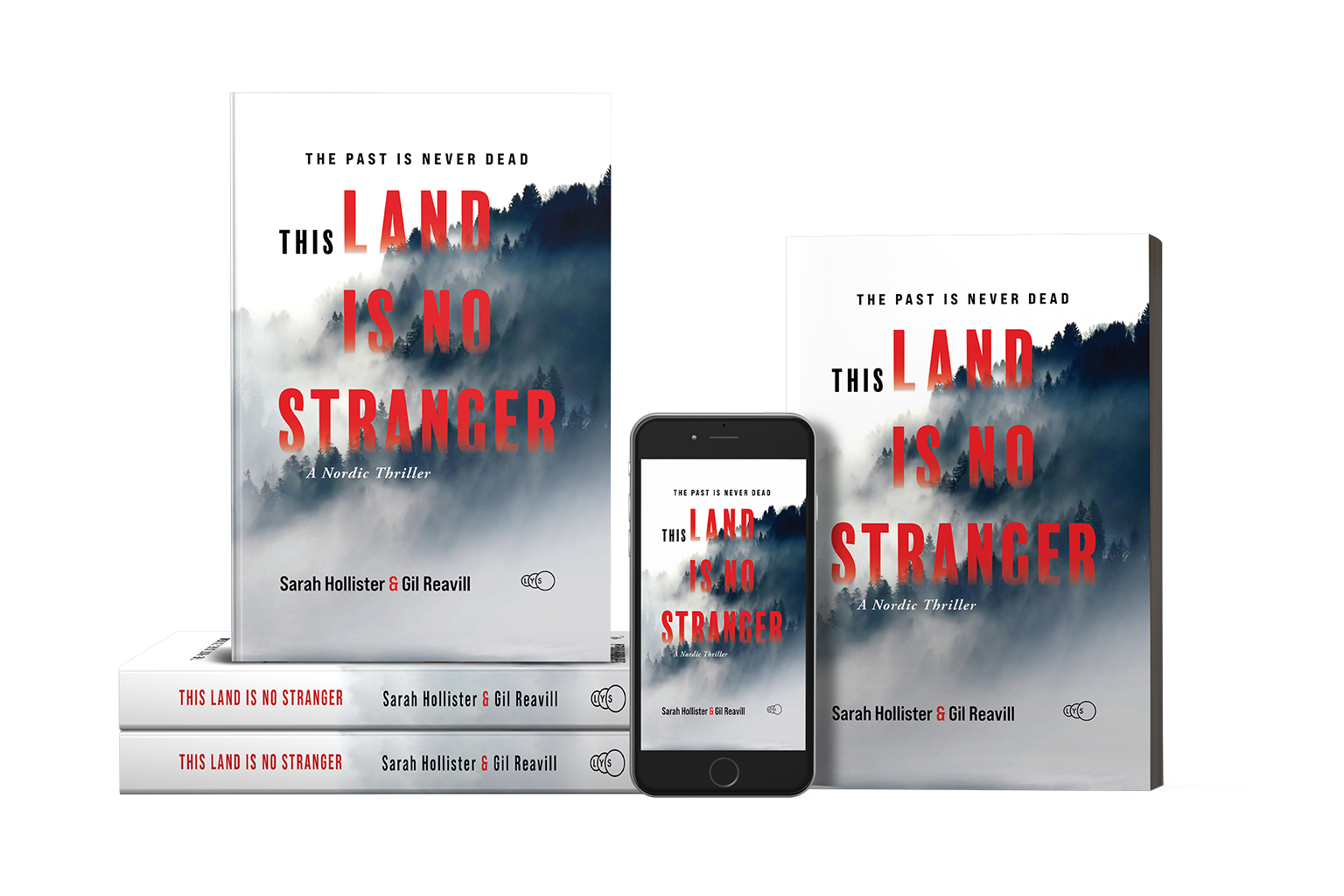 New crime fiction based in Sweden

With a spin on traditional Nordic noir and Scanoir genres, this murder mystery thriller follows female protagonist and disgraced NYC cop Veronika Brand as she escapes her homegrown problems only to find herself in unfamiliar territory in the home of her ancestors, Sweden.

The hallmarks of Swedish suspense fiction made popular by Henning Mankell, Camilla Läckberg, and Stieg Larsson are cleverly combined with new crime fiction that explores social, cultural, and economic power, both from historical and modern perspectives. Sweden, Swedish culture and Nordic identity are explored in this cleverly written suspense drama that keeps the reader guessing right to the very end.

This new approach to Swedish suspense fiction breaks from traditional approaches by showing the cultural context through the eyes of a protagonist who is a non-native. The topics and themes explored in this book go beyond crime fiction, putting This Land Is No Stranger on track to be one of the best books of 2021. 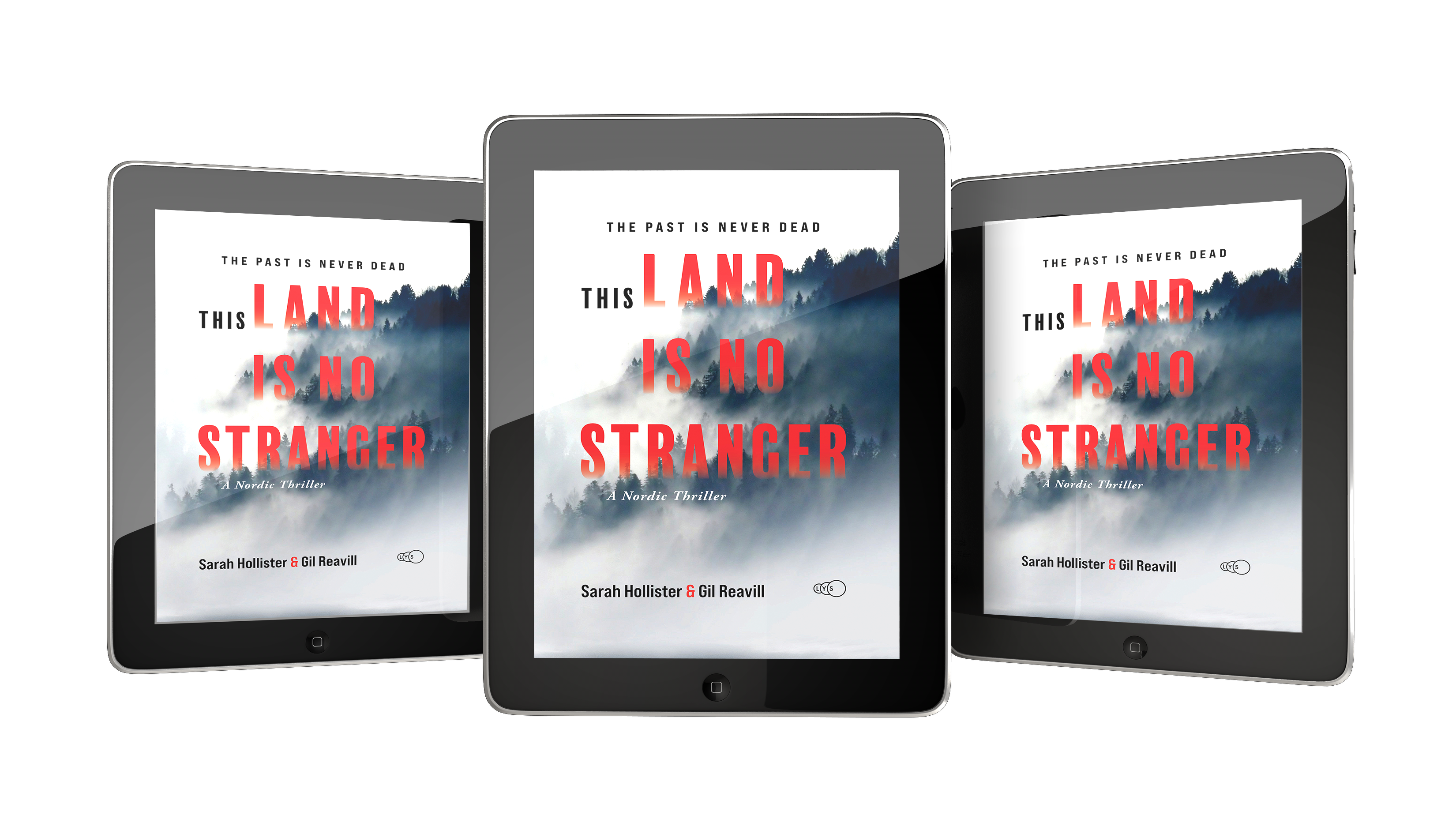