Behind Blue Eyes by CS Duffy 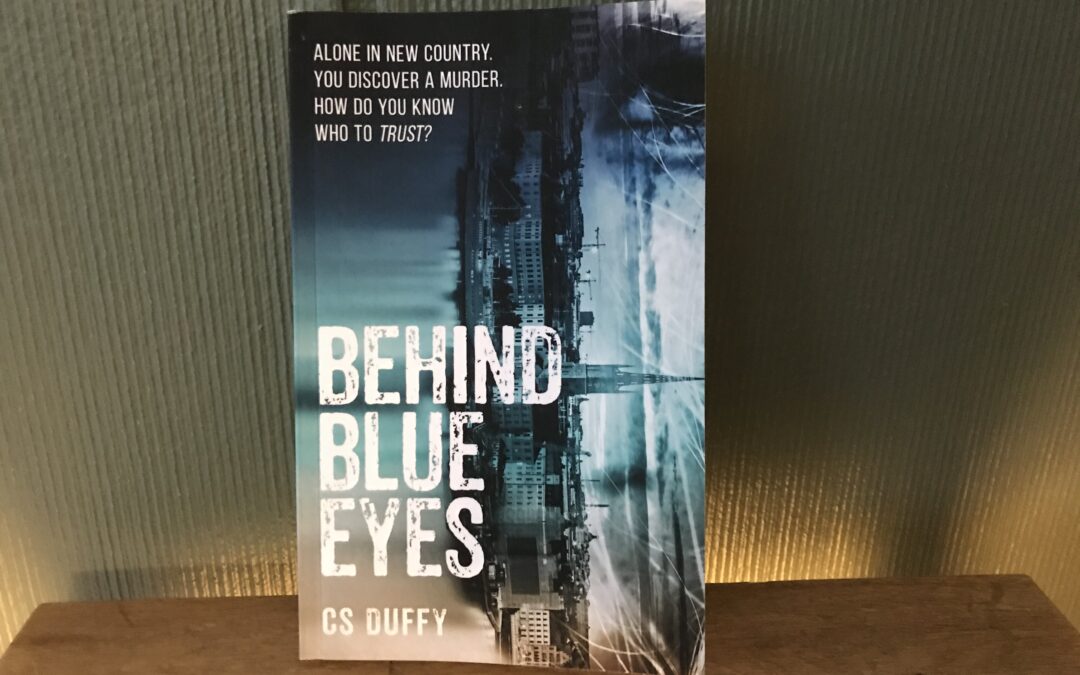 A young English woman, Ellie, moves to Stockholm from London to live with the man she loves, Johan. A Midsummer party in the archipelago sets off a series of unexpected events, and Ellie starts doubting the motives of her boyfriend. In a new country, where she doesn’t speak the language and all her friends are new, she doesn’t know who to trust, although she knows the killer is somewhere near.

What would you do if you discovered a human skeleton when celebrating Midsummer with your new boyfriend and his best friends, and if you found out that all of them avoided to tell you the skeleton is in fact the ex girlfriend of your boyfriend? This is the situation British journalist Ellie is faced with as she has recently relocated to Sweden to start a new life with a man she met in Thailand. After the skeleton find, she goes back to Stockholm and the flat she and Johan live in on Södermalm. Slowly but surely the story unfolds; soon after Ellie tracks down the ex-boyfriend of her current boyfriend’s ex-girlfriend and asks him some good questions, he is killed. Another track leads Ellie to conclude she is dealing with a serial killer, and that person is likely to strike again…

As soon as I start reading this book, I get the feeling I have met Ellie before. Is it that she is rather similar to Claire, the author, whom I’ve had the honour to speak to once? No, actually not; although there are some similarities, which I think is the case for most main characters and their creators, Duffy has made a good job developing a unique persona with a character on her own. Ellie is new in Sweden, and she has a charming way of dealing with this, part being curious and constructive about the new situation, part being rather cynical about where she ended up. She knows no one in Stockholm, except a group of other ‘internationals’, people she met at language school and who meet up at a cafe once in a while to share their experiences of being new in this crazy part of the world. And it is at one of these cafe meetings I realise who Ellie reminds me of. She reminds me of all my Swedish language students I have met during my years teaching Swedish. I recognise the sense of humour, the reasoning, the despair from hundreds of people that have come to Sweden and tried their hardest to learn the language and integrate into Swedish society.

And this is perhaps the biggest takeaway for me. The story in itself is good, I couldn’t put it down as I was trying to figure out who the killer was, which wasn’t revealed until the last few pages. But there are plenty of books like that. Instead, what made Behind Blue Eyes truly memorable is the way it depicts the main character in relation to her new environment. Not only does Duffy give an insightful account on what it is like being new in Sweden, but she also shows how vulnerable you are when nothing around you is familiar. How is it possible to judge whether things are the way they should be or not, when everything is so different to what you are used to anyway.

With this, I would say Behind Blue Eyes is somewhat of a must-read for anyone who is new to Sweden. This is a great way of learning about a new culture and what you may experience as an outside, interweaved with a plot that keeps you going. Although these topics is something I have worked with for many years, reading Behind Blue Eyes was a bit of a revelation to me; I usually advocate for more theoretical literature to understand a country and its people, but now I have discovered a new type of genre dealing with the subject, and this is hugely refreshing.

Although the book has a strong focus on Sweden and Stockholm (and I love the accuracy and the attention paid to place names and venues) I think this could be a valuable read to anyone who has moved to a new country. Despite the genre, Duffy’s style is cheerful and full of humour, but she is still bringing up some important (and not so cheerful) questions that most people moving countries are faced with.

Overall, I really enjoyed this read, and I am now keen to read Duffy’s Glasgow Kiss series.  I’m hoping these books will be a re-visit to Scotland, where I used to be a foreigner myself.