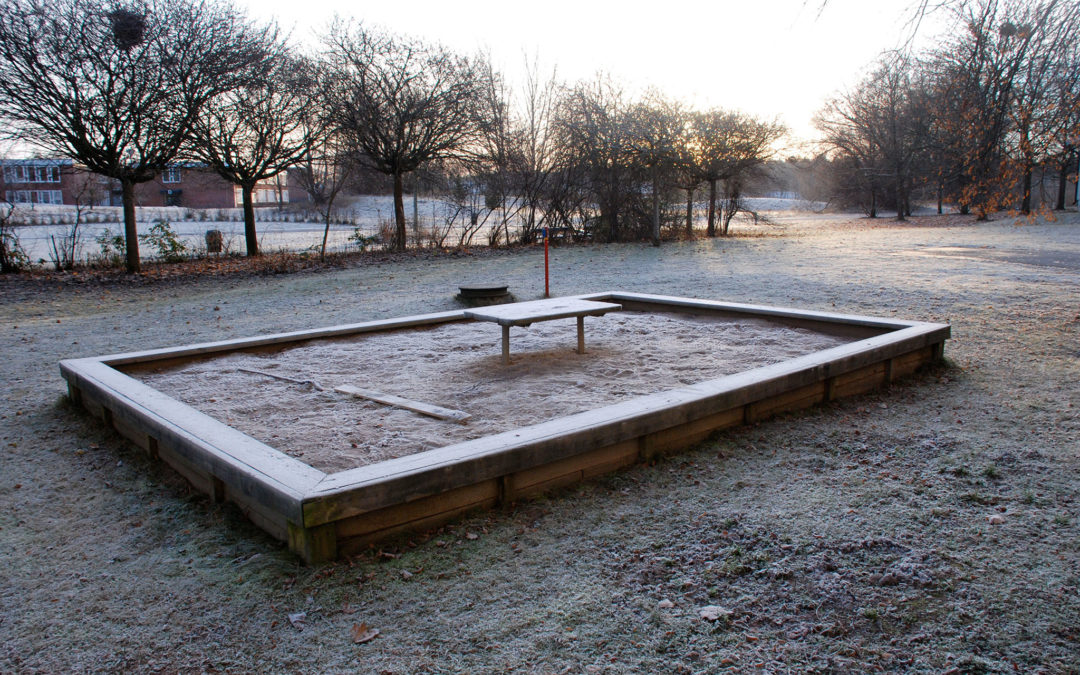 I used to be immortal. And then I met my husband. At the age of 27, when we had just recently met, he was diagnosed with AML, an aggressive form of acute leukaemia. Six months of chemotherapy and an additional 18 months of immunotherapy followed. We had a window of eight months of normality before he relapsed in October 2013. The only thing that could save him was an allogeneic stem cell transplant. Due to my husband’s genetic set-up, there was no matching donor to fund, and his doctors at Karolinska in Huddinge decided to use his sister, although her HLA didn’t match. In collaboration with John Hopkins, they decided to conduct this experiment on him, unprecedented in Northern Europe. When pressed for an estimate of survival rate, the doctors said 5%. For one year.

At this time, I discovered I was pregnant, and two months later it was confirmed that there was not one, but two, hearts beating inside me. I went alone to scans, I was unable to attend prenatal classes, and on top of that, I suffered from Hyperemesis Gravidarum. I threw up an average of 30 times a day. From day two until the day our children were born.

Many of us are living through a nightmare right now. There is the fear, the lack of control, and primarily the insecurity. No one can tell when this will end. We can’t meet the people we need. We worry about our families, about our finances, and about death. For me, this is both bigger and smaller than what I went through in 2013 and 2014. We were isolated all this time, as my husband lacked an immune system for many months. As my children were born nine weeks to early, this period of isolation was extended, and moved into the smaller-scale NICU environment, a place of whispering, miniature hands, miniature feet, miniature needles, miniature tubes, and size-36 clothes that were too big. We were alone, separated from an ocean of immortals enjoying spring, summer and life. They wouldn’t believe us when we stated the rules for our time away from life-threatening colds, soil and mould.

Now, we’re in this together. You are probably reading this from a makeshift office in your kitchen, or perhaps even the bathroom. As for myself, I’m writing this from my living-room couch, surrounded by at least 200 origami dogs we ended up crafting this weekend. This is my new reality, and it will probably last longer than the pandemic itself. It was with a heavy heart I cancelled the contract for the office space last week. This has been my haven where I’ve been building up my business for the last years. I know there are many others out there suffering similar and much worse let-downs. My loss is diluted and amplified by others’.

Even the topic I work with is being fundamentally shaken. In terms what measures taken to control the spread of the virus, Sweden has seemingly taken a different path than other countries. Pre-schools (förskola) and schools are still open (although gymnasium level, adult education and university courses are now taught remotely). Public gatherings are restricted to a maximum 499 people, compared to two, as recently implemented in Germany. There is no lockdown, like in Italy, France, Spain, the UK, as well as many other countries. The Swedish health authorities have not communicated rules, but recommendations.

The expat community is enraged. The groups and communities I usually follow in order to keep track of the cultural and linguistic dilemmas my readers are confronting in everyday life are now full of posts about the lack of leadership in the Swedish government, petitions to sign, statistics, articles, interviews with various experts criticising the Swedish take on infectious disease control. I have also, somehow, been given the role as a representant for this. I am asked to confirm their views, to agree that Sweden is handling this the wrong way, and when I’m more hesitant (how bloody Swedish of me!) than expected, I am labelled as ‘one of them’.

I know quite a lot about hand-washing technique, and I have experience of long-term isolation. When my husband was going through treatment, we were medically isolated for nine months, and after that everyone was tired of us, meaning that socially, I was isolated for another 18 months until came back to work. I certainly know how fragile life is, and how unfair. I know how much damage illness can make to life, to personal finances, career chances, and to relationships. But I know nothing about infectious disease control.

Surely, I’m as good as you at googling. Just like you, my media channels are filtered, and I am exposed to articles and statistics and interviews with experts saying Sweden is going the right way. I could easily claim that, and back it up. For example, I have learnt that the number of tests is not the worst on a global scale, but pretty average. if you measure per one million inhabitants is 1,412 (compared to 959 in the United Kingdom, 559 in France, 313 in the US, 413 in Switzerland, 2023 in Germany, 6 148 in South Korea, 8025 in Norway). Although there is no lock-down, there have been strong incentives for the working population to stay at home when showing symptoms, with the abolishment of the karensdag and the need for a doctor’s certificate when off sick for more than five days.

I am also born here. I’m inherently Swedish in my view on the world and in my trust for authorities. When Emmanuel Macron said France is at war with the virus, I laughed. What a romantic, naïve and stupid thing to say, in my view. Stefan Löfven’s speech to the nation on Sunday evening was different. He mentioned no war, no rules, no implementation of draconian measures. He expressed a plea for solidarity with the vulnerable and for adults to behave like adults. The international community in Sweden is probably shocked to learn that a full 80 percent of Swedes thought this was a good speech, that is, far beyond the number of voters who sympathise with him on a political level. In fact, he is not a front figure right now. Instead it is Anders Tegnell, Sweden’s own national epidemiologist, from Folkhälsomyndigheten, Sweden’s Public Health Agency, a previously unknown figure to most Swedes.

As opposed to most countries, the Swedish government is not involved to implement laws. This is the responsibility of public authorities. Most Swedes also trust public agencies, apart for a few exceptions, such as Försäkringskassan. To generalise, Swedes look at France and wonder in what way the French president has enough competence in epidemiology. Swedes favour their own approach, where politicians take a step back and let health professionals decide what the appropriate thing to do is. According to the Swedish constitution, any attempt from a decision-making body to influence how a public authority handles a particular case does, in fact, violate the Swedish constitution. Google ‘ministerstyre’ if this is something that interests you.

At this moment, I don’t think anyone truly knows what country is taking the most appropriate decision. All of us, though, probably have opinions, and these opinions are reinforced by our fear and frustration. Personally, I wash my hands, I work from home, stay away from people. I don’t meet my elderly parents, I don’t travel, I don’t use public transport. I have a society to protect. I also have a family to protect: my husband and my two soon-to-be six-year-olds. Against all odds, we are all healthy and full of life. But we are not immortal.