Is Sweden as gloomy as Nordic Noir suggests? 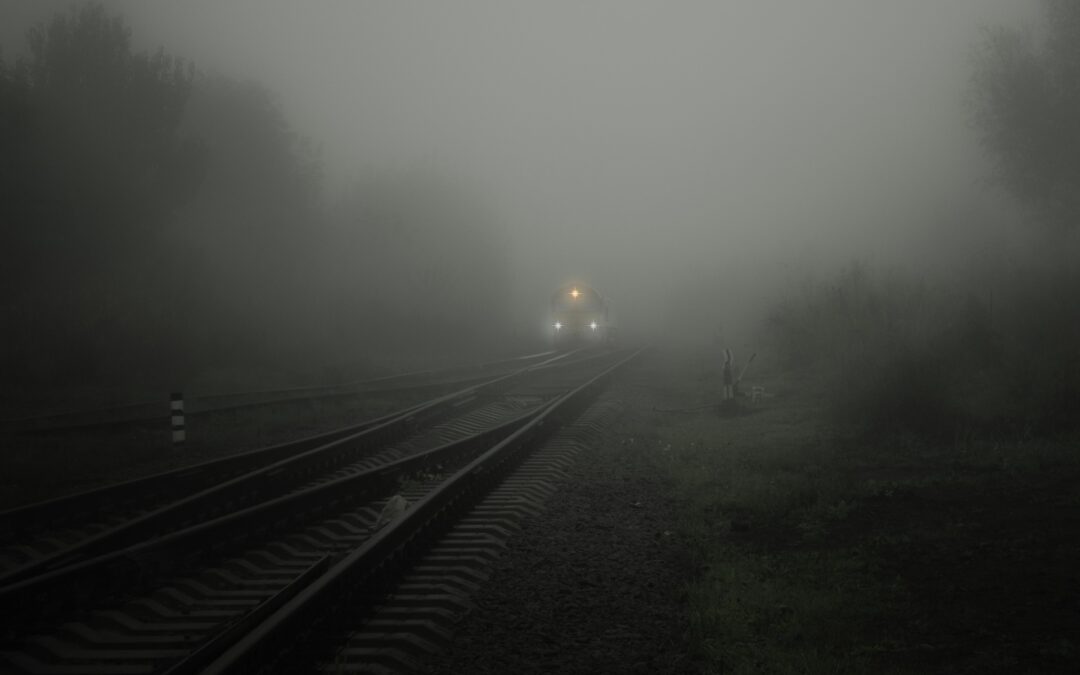 Is it really that bad? Are the Nordic countries always cold and are Nordic people always miserable? The conflict between lived reality and the Nordic Noir genre is a hot topic. So, what can fiction really teach us about a culture that is rich and complex and in 2021, far from homogeneous?

You might be a fan of The Bridge or The Killing, openly envying Sarah Lund’s woolen jumpers and sullen expression. You may have discovered Scandinavian crime writers such as Henning Mankell, Camilla Läckberg, Anne Holt, Peter Høeg and Jo Nesbø. Suspense fiction based in the Nordics have been so successful globally that it has even evolved into its own genre: Nordic Noir, or Scanoir.

What all these tv series, films and books have in common is a realist angle, flawed protagonists and a gloomy setting. Even perhaps a colour scheme of black, grey, water, sleet and ice. It depicts a part of the world where there is no pretense about the state of the world we live in; simply, life sucks, but there’s no return policy and the cat needs to be fed.

From your sunny porch in a much more liveable corner of earth, you may wonder: Is this really what Scandinavian countries are like? Given the latitude and the subsequent climate, these countries seem fairly qualified to be the damp version of hell, and all that footage can’t be wrong, huh?

Reports from the field

So this is my personal report, straight from the crime scene. I live just south of the city centre of Stockholm, capital of Sweden, in a small suburb fairly representative of Nordic life. We are currently entering the worst part of the year, turned away from the sun, with the Polar night casting its shadow over life and death. This year, December has not even blessed us with the relief of snow, that could have brought light and forgiveness and a pretence that those pretty Christmas cards has something to do with reality.

Everything is wet. Everything is dark and wet and cold, and all the little points of artificial light, cars, windows, streetlights, signs, are reflected on all these wet surfaces. With these glimmers and glints, I lose my sense of space. I can’t tell what is near, what is far, what is substance and what is imaginary. Here, navigating between the deeper puddles on my way to the metro station, I pass the preschool of my children. To my surprise the soundtrack has changed though. Instead of the usual frolicking about, the screaming and shouting, banging and crashing, I hear singing, the clear bells of children’s voices in chorus, beautifully off tune. Outside the preschool building, on the steps, two dozen miniature people are lined up, performing a rehearsed choreography. They are all geared up in snowsuits, lined rubber boots, scarves, beanies, and mittens drawing clumsy images in the damp air. The lyrics address the most prominent state of their world:

The song is called Vintersamba (I hope you can translate that on your own) and the tune is borrowed from another hemisphere. At that age, I don’t think my children and their friends reflect on the meaning of these words. Neither do I think they reflect on the necessity for such songs; spending their days outside in this miserable weather is the only reality they know of.

Covering up the truth

This tune brings back memories of a conversation I recently had with a friend — a Brazilian friend — of mine. We spoke about how much I struggle to connect to people with a South American origin. I hate admitting such prejudice, but I find South Americans dishonestly cheerful. Their songs do not depict the real world, but the one they desire. I suspect they’d call me a pessimist, of the bad kind.

My friend explained: In Brazil, there are so many things to bring you down, that you’ll need to create an illusion of happiness. Songs, culture, the topics you choose to focus on, your doings, everything is an attempt to fight off the evil, to build a barrier against unhappiness and despair. The songs of happiness give you strength to continue. Like the Winter Samba my children rehearse, we can dance away winter. But this rings false to me, and my friend is shocked at how I, and other Swedes, put up no resistance to misery, how we almost welcome sadness into our lives, how we surrender.

The ceiling lights in Swedish homes are not like those in southern Europe. No fluorescent tubes to defy the darkness. In fact, Swedes will avoid such extreme measures, and especially in winter. Instead, they turn to soft lights, a paper lantern in the shape of a star for Christmas, a table light with a fabric shade, or even a single candle, not resisting the darkness around but inviting it.

The conditions of the Nordic climate, and arguable worse, its daylight conditions given its latitude, are perhaps the setting that has shaped the premises of Nordic Noir. We are not always miserable. Swedish summers are ecstatic with a sun that never sets. Glittering lakes, fields blooming with bluebells, buttercups, daisies, cornflower. Parties, gatherings, picnics, dips in the lake, kayaking, kissing, dancing, foraging. My French husband is almost disgusted with the joy around him. He find it forced, contrived.

But again, I claim a truthfulness. Swedes are not shielded from the conditions, we are riding on the wave of the seasons, embracing each moment, April showers, August sunshine, December rain. So the answer to your question is no, Sweden is not always as gloomy as your crime series and suspense fiction suggests, but when it is, we surrender.