The two flavours of sidearms 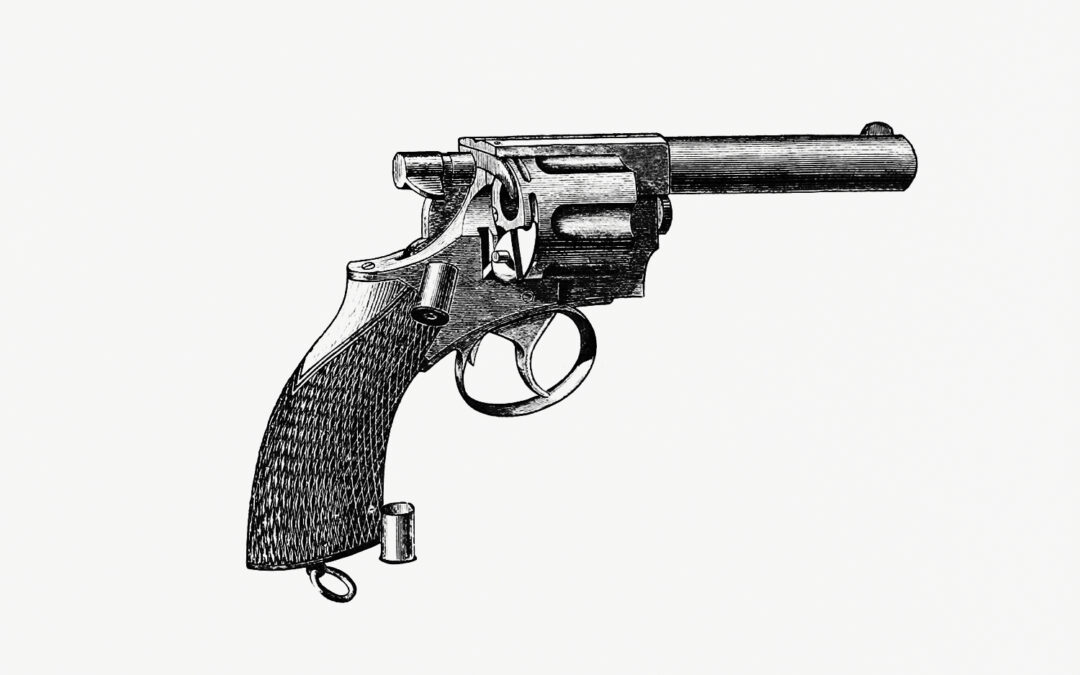 In the best classic noir novels, firearms can rise to the level of main characters. Given the restrictive laws in many Nordic countries, Scandinavian mystery writers tend to be a little less gun-happy than their American counterparts. Still, it sometimes seems that all writers of crime novels, detective series and thrillers obey the command of the duelist: “You may choose your weapons.”

Written by Gil Reavill, co-author, This Land is No Stranger

Usually, in the best noir detective novels, we’re talking about sidearms. These come in two flavors, revolvers and automatics. Generally, the older and more traditional the shamus is, the more likely he’ll carry a revolver. Revolvers, in their elegant simplicity, are dependable but perhaps a shade boring. In the parlance of the streets, they’re called “round guns,” and their action is considered “honest.”

The oft-repeated line on automatic pistols is that they are prone to jam. The mechanical workings of such sidearms has something of a Rube Goldberg-flavor, with the recoil of the explosion feeding the next cartridge into the firing chamber. Truth is, jams and misfires are relatively rare occurrences, unless, of course, the fictional bad guy has the hero dead to rights — then a suddenly jammed pistol becomes a dramatic imperative.

While the revolver has not much evolved since the days of the Colt single-action “Peacemaker,” automatic pistol design continues to become more and more elaborate. The advantage of the automatic over the revolver has always been number of rounds. Magazines of a dozen or more cartridges are common. The ultimate incarnation of this trend might be the KelTec P50, introduced in 2021, with an astonishing 50-round capacity, maybe a record for a commercially produced sidearm. As Samuel L. Jackson puts it about an equally lethal weapon in the movie Jackie Brown: “When you absolutely, positively got to kill every motherfucker in the room, accept no substitutes.”

Though the Second Amendment of the U.S. Constitution Bill of Rights requires firearms be “well-regulated,” the hysteria-prone gun lobby has transformed many states into open-carry free-for-alls. The country’s international reputation paints American streets as alive with constant cross-fires and deadly ricochets. In This Land Is No Stranger, Dollar Boy dreams of becoming a gangster in the U.S., “where pistols were as common as blue jeans.” And it’s true that a full 70 percent of American report having fired a gun at some point in their lives.

As is the case with a lot of international reputations, America’s partakes in a good deal of exaggeration. But the best classic noir novels have contributed to the hyperbole by way of their loving portrayal of personal ordnance.

·     Elmore Leonard features a whole gun shop worth of weapons in his crime novels, oftentimes depicting pistols such as the Walther PPK, the Colt Python, or the Sig Sauer. For ammo, Leonard loves a Parabellum round, named after the phrase in Latin, “Si vis pacem, para bellum,” meaning, “If you want peace, prepare for war.”

The contrast between the U.S. and Sweden in terms of gun laws could not be more stark. Sweden licenses firearms in similar ways that America licenses drivers and vehicles. Though there are exceptions, the normal rules require application to a local police station by a person 18 years or older. The whole landscape of gun ownership in Sweden is slanted toward hunting, not fear-based personal defense. Applicants must pass a hunting exam (jägarexamen), or maintain membership of at least six months in a hunting club. Number of weapons owned, their transport and storage are all strictly regulated.

If Sweden can be said to have an emblematic national weapon, it is not  sidearm, but a hunting rifle. Gunsmiths at the family-run VO Vapen firm produce exquisitely tooled weapons in a shop located in historic Trolle Ljungby Castle in Scania, in the south of country. Favored not only by Swedish royals such as King Carl XVI Gustaf and Prince Carl Philip, but with Middle Easter potentates, VO Vapen rifles rise to the level of works of art, featuring stocks of milled walnut, gold engraving and jeweled ornamentation.

Handguns are relatively uncommon in Sweden, the most notable being the Lahti Husqvarna 9mm. Swedish-produced, resembling a German Luger and modeled on a Finnish design, the Lahti was formerly the weapon of choice for the country’s public safety officers. In the course of the 1980s, Swedish police forces phased out use of the sidearm and replaced it with the Austrian Glock 17.

An author must have their say

Ah, yes, the Glock. The little pistol that has conquered the world. Now the most common sidearm in use today, a compact Glock 17 occupies a prominent place in the action of This Land Is No Stranger. Via the magic of poetic license (rather than actual firearm licensing), we managed to have our heroine, NYPD detective Veronika Brand, retain her duty pistol during her sojourn in Sweden. Just as Brand had to slip around the country’s stringent gun laws, so Sarah Hollister and I had to negotiate the editorial process at our Swedish publisher, LYS förlag. Editors there pronounced importing guns impossible, legally or otherwise.

But a girl must have her gun. “After almost fifteen years on the force, the Glock 17 [Brand] carried was as much a part of her as her eyes, her hands. Leaving it behind was out of the question.”