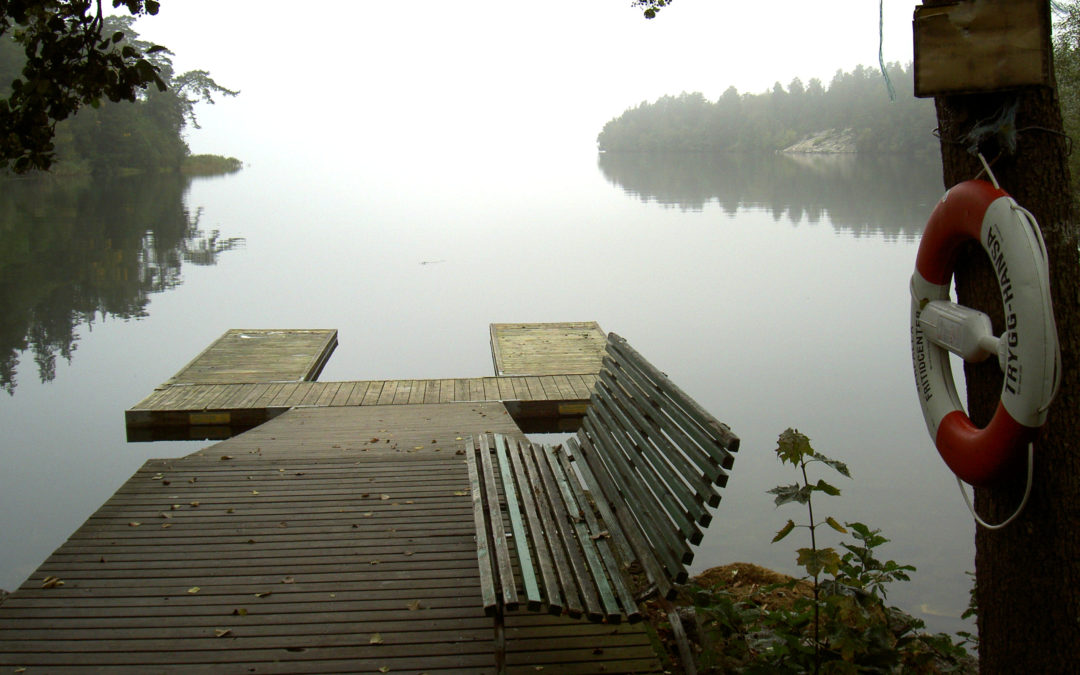 About two weeks ago — or is it three, who can tell in this space-time continuum or working and living and cooking and longing from home — I started to feel a pressure over my chest. Was it anxiety? Not unlikely. Recent events have had some impact on my life, and especially my business, and there is probably more to come. Then came the cough. A slightly raised temperature. A huge rock, now disproportionate to my worries, seemed to have attached itself to my chest. Is this it? Friends have expressed their concerns, but, to be honest, what I feel is relief. If this is it, I can call myself very lucky.

However mild my symptoms are, I stay inside, hammering away my days on my keyboard, finishing several editing and translation projects, parallel to seeking new paths and openings. And then my keyboard died. Not from infectious disease, but mechanical failure. First the letter E, then T, D, S and A. The most common letters in the Swedish and English alphabets. A desperate call on Twitter and four hours later I had a keyboard delivered outside my front door. Neatly packaged and in mint condition. A gift from a person I have spoken to only once and only briefly.

Thank you. Writing is the only way I can go outside the domestic prison of catering for family life. Writing is my version of the long-lost freedom we now all crave. Still, Sweden outside my window is not at all locked down. As soon as my cough is over, I’m only days away from being able to go wherever I want and need. However, claiming that everything is business as usual is partly misinformed and partly clickbait, although this seems to be the standard take on Sweden at the moment. Arguably, the Swedish approach is vastly different from what other countries are doing. The international community, suddenly experiencing themselves being locked up in a country that is imposing danger upon their lives, is asking why. Not the why of enquiry, but the why of doubt and even accusation.  My colleague and friend Sarah is one.

They are scared. We are scared. Although late capitalism has been insisting that we are in control of our health and mortality, a pandemic strikes as a painful reminder that we are, in fact, dealing with a grim lottery. Survival rates are so misleading. If you die, you are one hundred percent dead. If you make it, you are scared, never a hundred per cent yourself again. Part survivor, part broken. Once broken, life is unmendable, which I am, painfully, familiar with.

You have read it and you have heard it: Sweden will protect itself and its citizens from a disaster through the nation’s inherent cultural traits. Swedes, apparently, naturally keep a distance, avoid physical contact, don’t kiss, listen to authorities, trust the government, do what they should, and, first and foremost, have enough common sense to act sensibly. In the middle of a global crisis, this small Nordic nation claims to be superior, invincible, somehow impervious to a virus. There is a short leap to conclude that you, the others, would be inferior in nature, culture and strategy.

But. And this is important and the whole point of this writing exercise. That statement is not an attempt to render some sort of truthful national trait. Not at all! We are dealing pure rhetoric! It is a myth but in hard times, people need story-telling, and this is not limited to Sweden. You see the same phenomenon all over the world right now, the only difference being that the Swedish story somehow was confused for reality. When the French president Emmanuel Macron declared war on the pandemic, no international media reported that France would overcome the pandemic using warfare. The French metaphor was transparent, its intentions explicit. Macron called for unity, for a sense of togetherness and belonging as French earth is trembling Any leader, regardless of national belonging, ideological stances or personal preferences, know that in order to lead a group over stormy waters, a united nation is a must. Rowing a boat across stormy water requires that everyone has the same direction in mind. Whether this metaphorical shore is built on solid truth or not is insignificant, what matters in these circumstances is that the majority of the oarsmen believe in it.

I am not in a position to judge whether Swedish authorities are taking the appropriate measures to save lives, directly and indirectly related to the new coronavirus. And I’m feeling increasingly weary of the race for the lowest death rates when parameters are multifold, intertwined and most likely impossible to separate. Should I celebrate that Sweden has a lower death toll than the US? What an obnoxious thought.

But given I have been working with internationals in Sweden for more than ten years now, I would claim I am in a position to comment on communication. I also feel a sense of responsibility, although, admittedly, I am not personally particularly concerned about the Swedish approach. I feel safe here. The narrative makes sense to me, and gives me a sense of security, however false it may be. I would rather be where I am than anywhere else in the world. This is my home. Not only the prison of my flat. but everything I share with Swedish society: language, myths, truths, and lies.

Did Sweden let you down? Did we let you down? Did I? Yes, we did. But not necessarily now. Not necessarily now when the message doesn’t resonate with your sense of unity. Not necessarily when this message is misinterpreted and misrepresented as a national trait and not a national belief. No. We let you down much earlier. We let you down already before you came here. We told you don’t need to learn to speak our language because we already speak yours. We denied having any cultural attributes except some picturesque festivals, requiring from you no more than a sweet tooth and a bit of patience to endure the endless singing. We let you down saying there is nothing beyond the Utopia of gender-equality, work-life balance and environmentalism that we have become so good at marketing. We let you down with the glossy concepts of lagom and fika and pappamånader. Not that these things are bad; they are not — but they are surface. Anywhere you go in the world, each and every human needs to deal with the basic conditions of life, death included. We let you down by giving the impression that Sweden is exempt from that, a place where life is superior than life elsewhere.

That could have made a last line and an impression, but my gift keyboard deserves a last mention, as a tangible reminder of that other side of the coin. My cough, covid-19 or not, has been passed on to me from someone else. So have the words I use and the keys I use for typing them. Most of the things we do and make are intended for others. Sharing, helping, supporting, listening, just like death, is a condition for human existence.