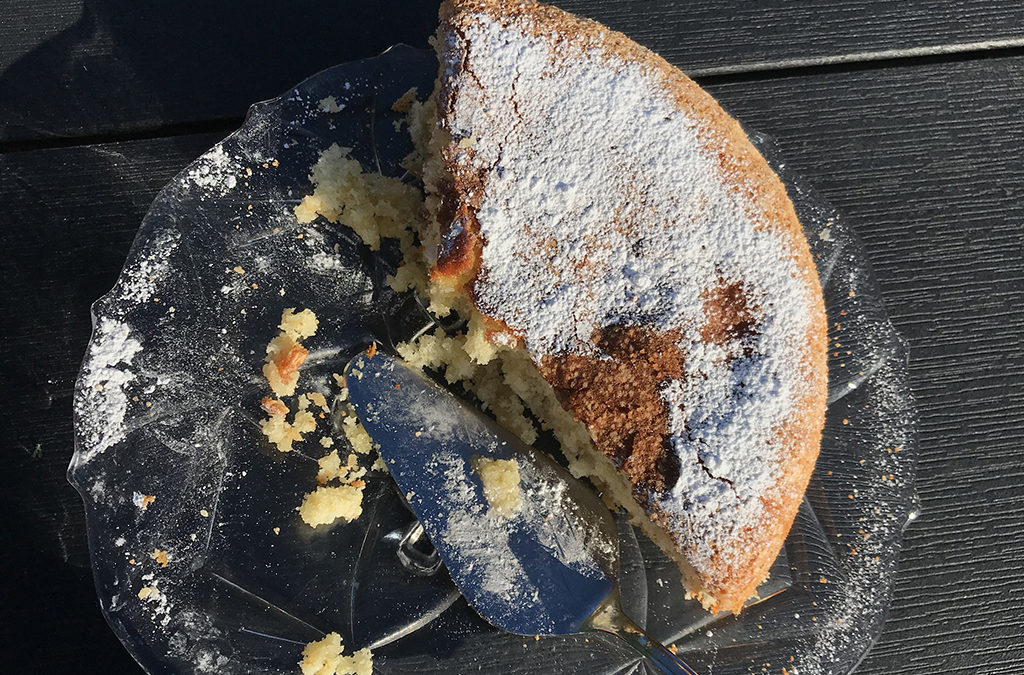 In light of recent events, that is, the infamous Tomas Spragg Nilsson (author of Fear and Falukorv) spreading fear across Sweden by voluntarily eating a semla in June, LYS has founded a campaign to educate new Swedes in the importance of eating the right sweet food at the right time.

Swedish culture is heavily influenced by the changes of the seasons. Level of work commitment, personal projects, social life, and eating habits fluctuate over time. Over the year, there are also official cake and pastry days that are recognised and celebrated over the nations. To make the most of your life in Sweden, please follow this cake calendar.

After Christmas, cake enthusiasm in Sweden is, at least on an official basis, low. New year’s resolutions send the Swedes to the gym, and there are few social events where cakes are presented. However, on drudgery Thursday evenings when the meaning of life is far away in June, your Swede sneaks away to their freezer and defrosts Christmas leftovers. Lussebulle, hot from the microwave, stale pepparkakor, gift cookies that no one previously bothered to eat. In January, we are not proud of our cake habits.

Although we are supposed to celebrate Carrot Cake Day on February 3, this whole month is overshadowed by the prospect of semla. As anticipation builds, bakeries produce more or less successful varieties of this arguably unsophisticated treat that is celebrated in late February or March (dependent on the moon!) on Shrove Tuesday. Although many Swedes prepare their own semlas, this is also something you may purchase from bakeries and even supermarkets.

Again, dependent on the moon, March may start as semla times, or all these festivities are already over. The next big event is våffeldagen, Waffle Day, always celebrated on March 25. This is something that you make at home, using a våffeljärn, waffle maker. Traditionally, Swedish waffles are served with jam and whipped cream.

As Easter may fall in March, you may also bake an Easter cake. Chocolate and marzipan are standard ingredients. Otherwise, Swedes take a rather liberal approach to Easter treats, and the Easter eggs you buy in Sweden are made with cardboard and are empty, meaning you are supposed to stuff it with the recipient’s favourite sweets.

Otherwise, March is a month when there is a lot of fika. People are slowly waking up from hibernating and frequent cafés to catch up with friends.

When Easter is over, spring may start, but slowly. You can still expect snow and below-freezing temperatures in many parts of the country. The combination of more daylight and the joy that brings, and the fact that summer and subsequent collective sense of nostalgia have not yet started, Swedes feel excited to experiment and try new recipes. If you want to invite your Swedish friends, family or colleagues to try something from your country, this is your moment.

Enthusiasm grows, but you have a short window here before your Swede turns into a cake traditionalist. May may involve picnics, friends over for fika in the garden as Swedes feel an increasing urge to recreate the idyllic moments of their childhood.

Tread carefully here. June is a sacred month. Traditions are law. Fortunately, Swedes haven’t yet got used to having a national dag (June 6), so they may allow for some experimentation here — as long as everything is home-baked produce. A safe card for the day is Sverigekaka (Sweden cake), although you may be put off when you discover that smörsås (butter sauce) is what it sounds like.

In June, you will also have skolavslutning (end-of-year celebrations in school), that is a huge deal for most Swedes. Any grown-up Swede will cry if they just hear a line from any of the summer songs that are traditionally sung at these events. Celebrations are, naturally, followed by fika, which should — with no exceptions — involve whipped cream and fresh berries.

No time to relax. June is also rhubarb month, and you have to make at least one rabarberpaj (rhubarb crumble) before Midsummer. Which brings us to — Midsummer. Jordgubbstårta (strawberry cream cake) is the only option. Anything else is heresy.

Baking time. Harvest the fruit and berries you find in the forest, on meadows, on the roadside, in your garden. A standard solution is sockerkaka (sponge cake), vispgrädde (whipped cream) and fresh berries: jordgubbar (strawberries), smultron (wild strawberries), hallon (raspberries), krusbär (gooseberries), blåbär (bilberries). And yes, that isn’t a typo, bilberries are native to Northern Europe, and blueberries are the North American variety.

Rainy days are dedicated to baking bullar. Make sure you have some fresh yeast at home.

Roam the forests to find the ingredients for your blåbärspaj (bilberry crumble). Complement with traditional Swedish fika material: hallongrottor (raspberry caves), kolasnittar (caramel cuts), rultårta (Swiss roll). You have probably made sylt (jam, jelly, preserve, marmalade) and saft (cordial, squash, syrup) during the summer months, and this should be used in your baking too. Buying cake and cookies from bakeries during summer is unimaginable.

Apple crumble, of course! And other experiments with garden fruit: pears, plums. Experiments are welcome as long as you stick to the concept of fruit-based. Home-bake only, still.

Kanelbullens day (Cinnamon Roll Day) is an important event. Especially at work. Bakery is fine, and they actually make a lot of money. Otherwise, October is an uninteresting month for baking, which may give you another chance to introduce your favourites to your Swedish friends, as this wouldn’t interfere with their view of what’s appropriate for the season.

Fika time! Bakeries, cafés — go for it. Everyone is too depressed to bake anyway. Except for kladdkaka (sticky [chocolate] cake), that can be made and completed within less than 30 mins on a boring evening when there’s nothing else to look forward to. Learn how to bake it, it’s the easiest of all Swedish cakes.

Almost as important as summer for tradition fundamentalists. Now it’s all about preparing for Christmas. Swedish Christmas baking is about spice: Pepparkakor (gingerbread) and lussebullar (saffron rolls) are mandatory. Buying these from a bakery or god forbid, a supermarket, is unthinkable. Googling a recipe is as bad; you will need to use a recipe handed down at least three generations, and any experimentation is a crime.

Perhaps tellingly, kakans dag (Cookie/Cake Day) is celebrated on December 18. This is probably the date when the Swedish cake mass per capita peaks. Enjoy!