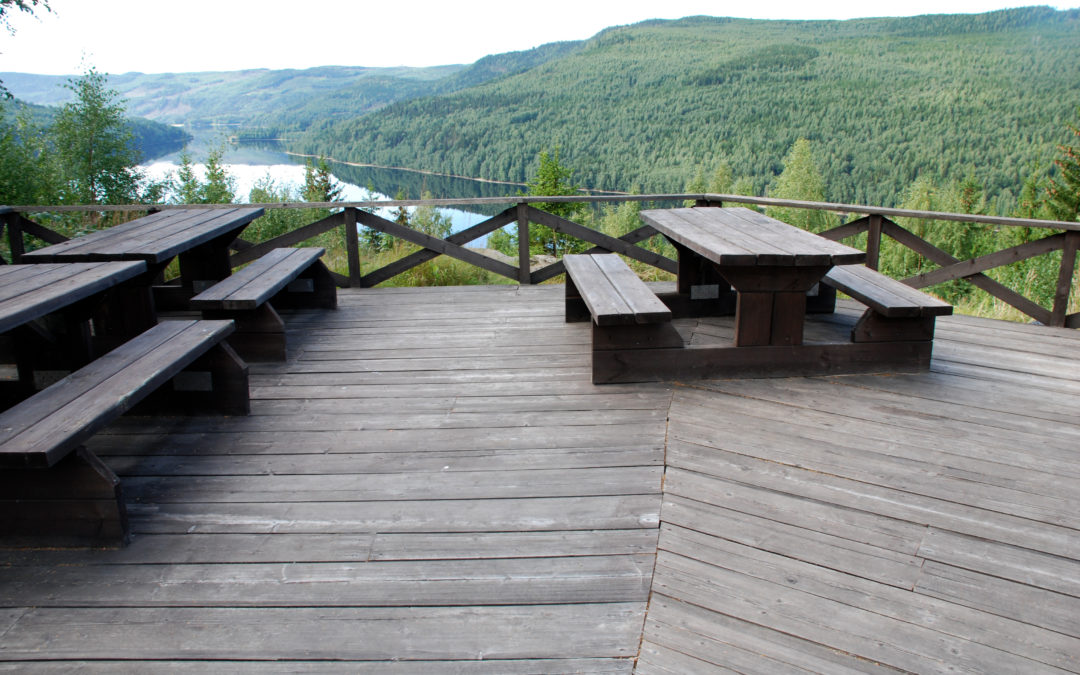 Spring has come. The sky is blue and there are only tiny patches of snow, hidden in the shade, drenched in drips and drops and melting. Last year’s grass makes a soft carpet where we park our bikes. The sound is birds and there is a fresh smell of soil. It is 1986, or 87, 89 or even 83 or 84 and I’m old enough to observe the cotton clouds above my pram, to take a first few steps, to play with sticks in the little creek, to ride my own new second-hand bike here, a fluorescent yellow ice-hockey helmet on my head.

Every year we come back to this place, although it is not significant in any way. It’s a patch of grass between a forest and a meadowland, somewhere on Järvafältet just north of Stockholm, and a bike-ride away from the two-bedroom flat in Jakobsberg I grew up in. Every year we come back here to mark the beginning of spring. We always bring the same treats: my mum had coffee from a thermos and I had rosehip soup from a white plastic bottle that had contained baking syrup. I can’t remember what my dad drank, there was never water in the 80s, always milk, milk or non-alcoholic beer with food, and then coffee. Sometimes there was strawberry cordial, on special occasions, and then on these outings, rosehip or blueberry soup. We ate tunnbröd (flatbread) rolls with margarine, smoked ham, and sweet mustard.

We would be away from home a few hours, including a 30-minute bike ride in each direction, sitting down unwrapping our rolls, followed by me wandering around with a good stick in my hand, as my parents lay down on the blanket in disbelief of the first moments of spring. No people, no sightseeing, no pub, no ice cream, no entry fees, no pictures taken. It was the epitome of utflykt, a word I always struggle to translate into English, probably due to its cultural, geographic, and personal connotations. Would it be a day trip (too urban!), an excursion (too educational), an outing (perhaps?), a picnic (too fancy!)?

I have enjoyed many utflykter since. To beaches, cliffs, other undefinable forests, and meadows. I have consumed my fair share of tunnbröd and nyponsoppa. There have been boiled eggs with ‘caviar’ and rolled pancakes with strawberry jam, cinnamon rolls, biscuits, raisins, green apples, forest fruit yogurt. I have biked, driven, skied, walked, ridden horses, and taken the train. There was a dip in frequency during my student years, and as my children were born, there was again a surge in my utflykt frequency.

So why am I writing this? I think this year we should embrace the unspectacular yet soothing nature of these outings. Lagom has become a cliché, fika is overrated, and hygge and lykke are just spinoffs from our neighbouring countries. This is the year of the Swedish utflykt.

You see, the destination for an utflykt is, with few expectations, rural. It may be an officially recognised attraction or sight, but it may as well be something more obscure, a beautiful meadow with your favourite flower, a secret clearing in the forest, an unknown stretch of a riverbank. Many Swedes discover a good utflykt destination when going for a walk, driving somewhere, visiting someone, which can make it tricky for someone who is new in town or unfamiliar with the practice. Don’t be afraid to ask for utflyktstips though, many are enthusiastic about the concept and willing to give you directions, without actually asking you to join them, as this would be too personal. Although you may go with close friends or family, you will be looking for solitude and a desolate location, and if you are unlucky to find someone else at your destination, you are expected to keep distance according to Swedish etiquette. As the Swedish countryside is fairly devoid of commercial establishment, you would normally bring the food and drink (and spare clothing) you need for your outing.

Beware though, of becoming too much of an utflykt enthusiast. When consulting 47 Swedes I learnt that the concept evokes memories of being dragged to see a grandparent’s old primary school, the street where a parent grew up, a field where an old aunt picked flowers. Like me and the spot in Järvafältet, nostalgia takes over reason.